1. Nike at the Olympics

Nike is known for using guerrilla marketing tactics to try and steal the limelight from its competitors, and during the London Olympics it managed to outshine official sponsor Adidaswith a massive billboard and social campaign around the capital.

Nike eschewed the usual celebrity endorsements in a campaign that celebrated everyday athletes. It bought up hundreds of billboards around the city featuring the hashtag ‘#findgreatness’.

Adidas, which spent tens of millions of pounds to be an official sponsor, ran a campaign featuring Team GB athletes and the hashtag ‘#takethestage’.

According to Socialbakers’ CheerMeter there were more than 16,000 tweets associating Nike with the word Olympic between 27 July and 2 August compared to 9,295 for Adidas.

Furthermore, Nike attracted 166,718 new Facebook fans during the Games versus 80,761 for Adidas.

Data from Experian Hitwise shows that Nike achieved a 6% growth in its number of Facebook fans and a 77% boost in engagement on its Facebook page compared to 2% and 59% respectively for Adidas.

The video is a catchy tune created by a public transport authority in Melbourne, Australia, aimed at raising awareness about railway safety.

The video had over 50 million views on YouTube alone, so I am guessing they did a great job. Go ahead, listen to the video and I am sure, like me, you will also be able to sing along after 1st hearing.

Social media lies at the heart of Cadbury’s marketing activities and they had many product launches this year that used Facebook and Google+ as venues.

One of its most interesting social campaigns was to celebrate the brand reaching 1m Facebook fans. Cadbury realized that despite having so many fans, only 16% of them ever saw content that the brand posted on Facebook.

The challenge was to increase the engagement among its fans, as well as reaching friends of fans and the wider Facebook community. To test what content users would engage with, Cadbury decided to build a giant Facebook ‘like’ thumb out of pieces of Dairy Milk.

It used teaser ads in the build up to the event, then live streamed in a studio decorated with user-generated content and photos. The team also responded to user requests and comments in the video.

As a result, Cadbury gained 40,000 Facebook fans and more than 350,000 people were actively involved in the campaign. Some fans even left the live feed running for hours on end.

The “Thanks A Million” campaign, developed by agency Hypernaked, was designed to say a big “thank you” to their one million fans for their support. The giant chocolate thumbs up took 48 hours and 3 tones of chocolate to create. Cadbury then donated the chocolate to a company that specializes in research into renewable fuels.

I am sure we have all seen the amazing Old Spice Videos, where everything seems to be possible and the only possible limitation is that of our own imagination.

Old Spice is responsible for some of the most memorable viral campaigns ever created (“I’m on a horse” ), and this year it ditched its Old Spice Guy character for an interactive video involving ex-NFL player Terry Crews.

In the „Muscle Music” ad, Old Spice Guy Terry Crews composes music by doing nothing but flexing his muscles. Each muscle is hooked up to a different musical instrument, which is activated when the muscle flexes.

The coolest part is after the ad ends. A recordable player pops up and users can create their own sounds by pressing different keys on the keyboard. The keys control various sounds from Terry and different beats. Trust us, you’ll get sucked into this one, quickly. Users can record their creations, upload them to Vimeo and then share them across the web.

„Muscle Music” is a collaboration between Old Spice, Wieden+Kennedy, director Tom Kuntz of MJZ, Mackenzie Cutler, The Mill and Vimeo.

A very pleasant and surprising experience indeed, as usually, these are the sort of features that can only live on their own pages. The deeper integration with Vimeo is also notable.

This one is my personal favorite.

A Belgian TV station setup a dramatic set piece in a town square to advertise a new TV station, involving a shoot out, fights and American football players. To kick off the over-the-top action sequence, members of the public had to press a red button in the square with a sign saying ‘Push to add drama.’

As is often the case with viral videos, you’re never quite sure whether the members of the public are indeed genuinely unaware of what’s going on, but you can’t really argue with almost 42m YouTube views.

They also made a sequel: 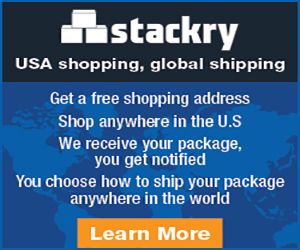 .When a restaurant makes you want to go inside, j

.To travel is to learn.

.⁠Last signs of Summer and the colors of Autumn

.⁠Things may look blurry now, but try to peak a

.The moment you stop experimenting, you die...

.⁠Don't you just wanna live in this home? Get o